Required Text: To Succeed in Hebrew

Modern Hebrew I introduces the high school student to Modern Hebrew, including Hebrew conversation, reading and writing, grammar, and vocabulary.  Students will learn how Hebrew has developed and continues to develop as a language that was dead for over 1700 years.

Brought “back to life” in the 19th Century as the Nation of Israel was formed, Hebrew has made a miraculous resurgence as a spoken language. The revival of the Hebrew language took place in Europe and Palestine toward the end of the 19th century and into the 20th century. The language’s usage changed from the sacred language of Judaism to a spoken and written language used for daily life in Israel.

Students will gain an appreciation for the central role Hebrew plays in all aspects of modern Jewish and Israeli life. This course will give students a more thorough understanding of the importance of Jewish History, culture, and language in modern life. Taught live from Israel each week, students will be taught by Rabbi Fischer who has lived in both the U.S. and Israel.

Some students have chosen to take Modern Hebrew along with Biblical Hebrew for 2 credits of Foreign Language in one year. Hebrew is also on the Critical Languages list and a great way to work towards scholarship money for college studies. Hebrew is also a wonderful way to unlock the mysteries of the Bible and a great class for those looking towards ministry or theological studies in the future.

Your True North Homeschool Academy teacher will teach and grade the class. The coursework your child will complete in this high school level course is equal to one credit hour, which may be awarded by your homeschool upon completion of the course.

Pair Modern Hebrew with Biblical Feasts and Festivals as well as Old Testament for a robust and rich year of diving into Biblical truths and life-giving learning! 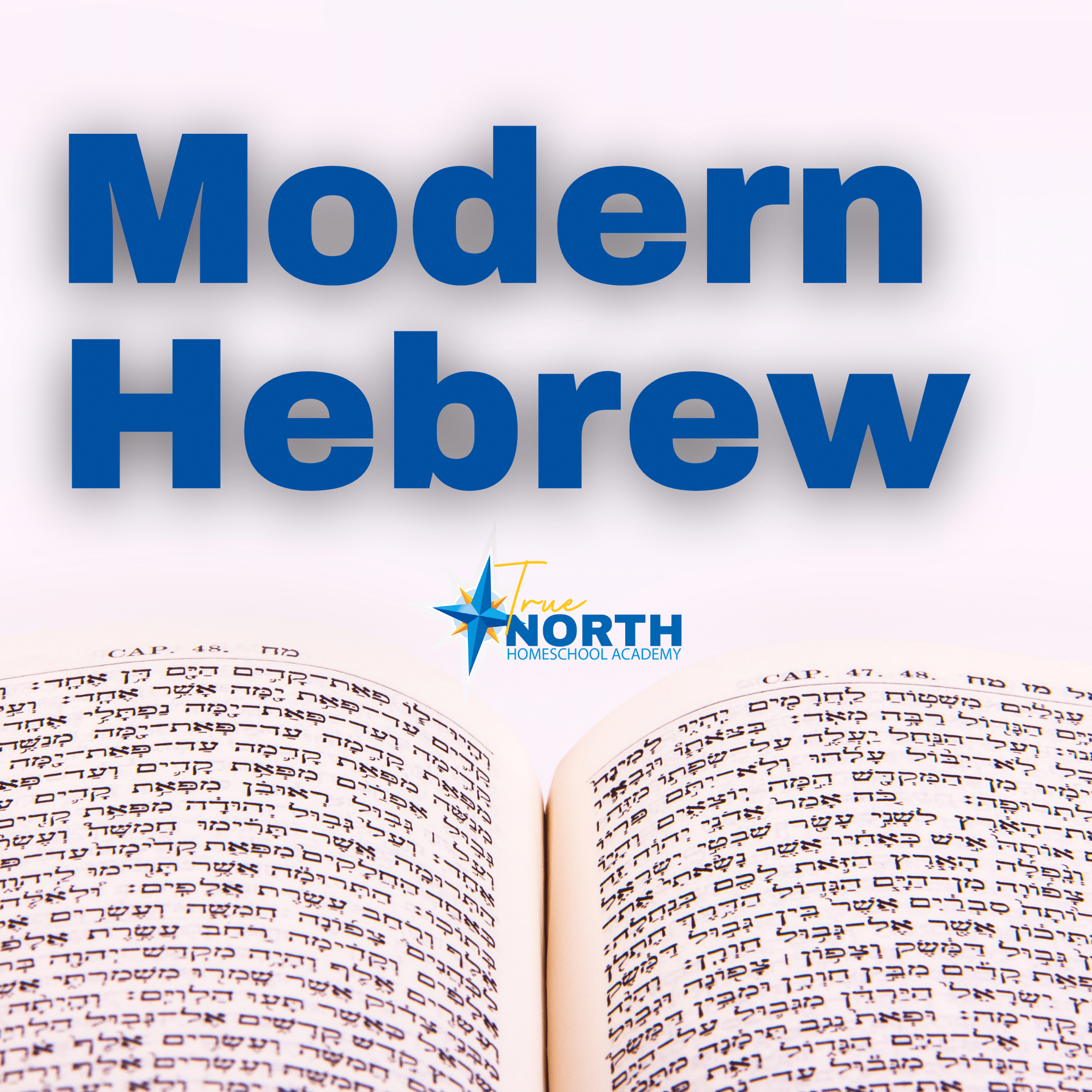