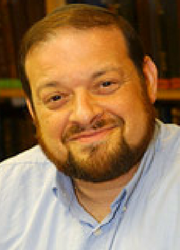 He has served communities in the US, Canada, and Israel as a rabbi, teacher, and cantor.  Using the name Arthur J. Fischer, he has acted and directed for Jerusalem community theaters and has also appeared in a number of films made for the ultra-Orthodox community.

Rabbi Fischer has long been fascinated by the Hebrew language in all its phases.  Since 1986 he and his family have lived in Israel.  He teaches in a number of educational frameworks, working with students to master the Hebrew language (from Scriptural to Modern), Biblical text and commentaries, and Jewish history, observance and philosophy.

Avraham/Arthur is married to Cheryl, and they live with three of their six children (three are married) in Bet Shemesh, Israel. Avraham is a Hebrew teacher, actor, and editor, having recently edited Cup of Salvation.

Rabbi Fischer will be teaching Biblical Hebrew as well as Hebrew History, Culture and Conversations for True North Homeschool Academy, live on-line from Israel! You can purchase both classes in a bundle for even greater savings!
These classes are designed for students ages 12-99; perfect for those who are eager to read and understand the Bible in a deeper and more personal way.

I have worked with Rabbi Fischer in the area of Hebrew teaching for several years, and his deep knowledge of the details and subtleties of Hebrew grammar are impressive. He is also a master at curriculum writing. I am confident he could design a program for your students that would provide a thorough introduction to the Hebrew language