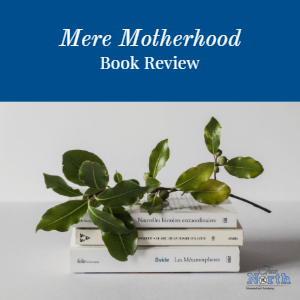 (The following is a guest post from Jamie Buckland, Headmistress of Appalachian Classical Academy)

I present to you a review of Mere Motherhood by Cindy Rollins. May my reflections point you to the practical wisdom she so graciously shares.

I am not a reader. I said this once in an academic setting and realized how uncomfortable I had made the speaker who scrambled to form a response. I apologized and clarified that it isn’t for lack of ability, it is simply for lack of desire.

So when I, 18 weeks pregnant with my 4th child, was introduced to Cindy Rollins in the flesh, I remembered her as one of those readers, and promptly dismissed the thought that she, in her CiRCE prize-winning glory, would have something to say that would resonate with me.

Then I heard her address the audience of scholars as she received her prize. Aware that I may have resembled a blubbering whale, I thought that I had possibly dismissed her in haste.

I began the book that night, and finished it the next day. Just last week, after having loaned it out to more than half a dozen of my friends, I picked it back up. It’s only possible I was able to go almost three years without a refresher because I was blessed to get to know Cindy personally during this time.

I want to share with you how her wisdom has influenced me.

One afternoon I sent my then 16-year old son to walk 4 miles in 30-degree weather to get to work. I refused to drive him as a punishment for his lack of submission- to what I cannot tell you – time has a way of doing that. About 10 minutes after he began this walk, regretting my anger, I pulled up beside him and told him to get in the van. He refused. I did all I knew to do. I messaged the author of Mere Motherhood and asked her if she would be willing to call me.

Her words were not formed by a hope of possibly solving my particular problem, as so many words seem too often be, but by a compelling desire to point me to the very Hope who has already solved my universal problem. Gentle reminders that my son’s soul was indeed not mine to save steadied my heart, slowed my breath, and sank me into my chair. The voice of a mother who has whispered the same defeat, threatened the same ultimatums, and pleaded for the same resolve was speaking Truth into my physical ear just as her written word had done to my scattered mind a few months before.

My parents certainly questioned my decisions that day. They may have even threatened to call and report me, but my son survived his chilly walk. And our relationship has done more than just survive. I want to give proper thanks to Cindy, for being the vessel that spoke God’s love to me on that frigid January afternoon. Thanks, Cindy.

My confessions were often matched by realizations from Cindy’s book. Below I’ve written out some of my own struggles and how Cindy addresses them in her book (bolded).

I struggle with validation,

“The Real story is that when we seek validation from any source other than Christ we are going to be disappointed.”

I struggle with pride.

“To my relief, Alex was alert and responsive after all those drugs and I would never be an obnoxious mother-in-law bragging that I had ALL my babies naturally.”

I struggle with guilt.

“In fact, one of our sons turned twelve twice. When what we thought was his thirteenth birthday rolled around we had to sadly explain to him that he was going to have to be twelve again since we had miscalculated his last birthday. This was a crushing blow.”

I struggle with knowing my place.

“When I was younger if I talked to young mothers we shared experiences. Now, if I share an experience with a young mother, it seems like I am a know-it-all and young mothers don’t want to hear any advice. I understand that. I was like that too. I was confident. But it would be nice to be able to share my experiences now, mother-to-mother, without feeling like I am interfering. What I am really doing is commiserating.”

I struggle with defining classical education.

“The ‘ages and stages’ model of classical education had left me hopelessly confused.”

I struggle with Charlotte Mason purists.

“Although Charlotte Mason was not a fan of children’s picture books, I am, proving I can think for myself sometimes.”

I struggle with reading. And sin.

“There are three things that cover a multitude of sins: reading, reading aloud, and written narration.”

I struggle with regret.

“We all have faults. Some periods of life bring those faults to the forefront, making it seem that we are only our faults.”

I hope that in the midst of your busy homeschooling life, you take time to read soul-filling books. Mere Motherhood is just such a book. You will be encouraged, exhorted and challenged to stay the good course of intentionally parenting and raising your children. 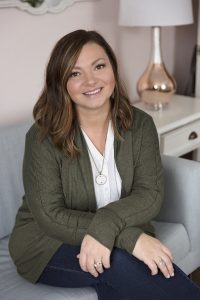 Jamie Buckland lives in southern WV with her husband and 4 children. Jamie is Executive Director and Headmistress of Appalachian Classical Academy, a tutoring program for homeschoolers. She also works with homeschool group leaders as the Classical Program Consultant. With a heart for the homeschooling mother, she is passionate about connecting this new generation of homeschoolers with veteran mothers who have walked this walk and lived to share. She will graduate her eldest this year, her youngest in 16 years, and a couple in between! You can find Jamie at www.jamiebuckland.net 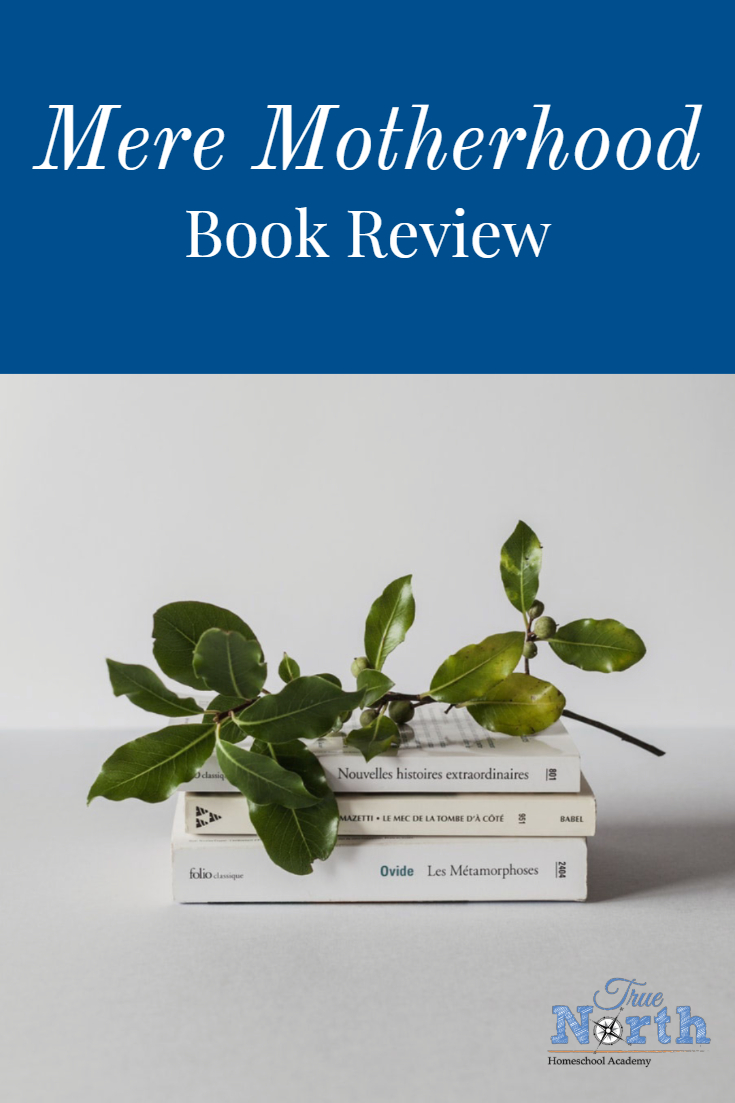