World History of the 20th Century

World History of the 20th Century

World history from the 20th Century is fascinating. The century started with folks still in horse and buggies and ended with people exploring space in a shuttle. Wow! We will explore the 20th Century decade by decade meeting the people, viewing the events, and exploring the ideas behind them. We will also learn about the space race, Civil rights, Aliyah, fascism, communism, abortion, medical discoveries, transportation changes, technology, inventions, famous people, missionaries, Christian heroes, and major wars.

People students will meet this year:

At home, students will read our textbook; then answer questions, fill in maps & timelines in the high school workbook. Students will also watch one historical movie per month of their choice related to the decade—suggestions will be given, and we suggest working on their timeline while they watch. Since we are online, we will be unable to do the hands-on history labs, so instead, students will choose 1 lab per semester to do at home, take photos, and share with fellow students.

A list of historical fiction is provided if students want to read for extra credit or just for the fun of it!

Required Materials
Textbook: HIS Story of the 20th Century by Meredith Curtis

A list of historical fiction is provided if students want to read for extra credit or just for fun! 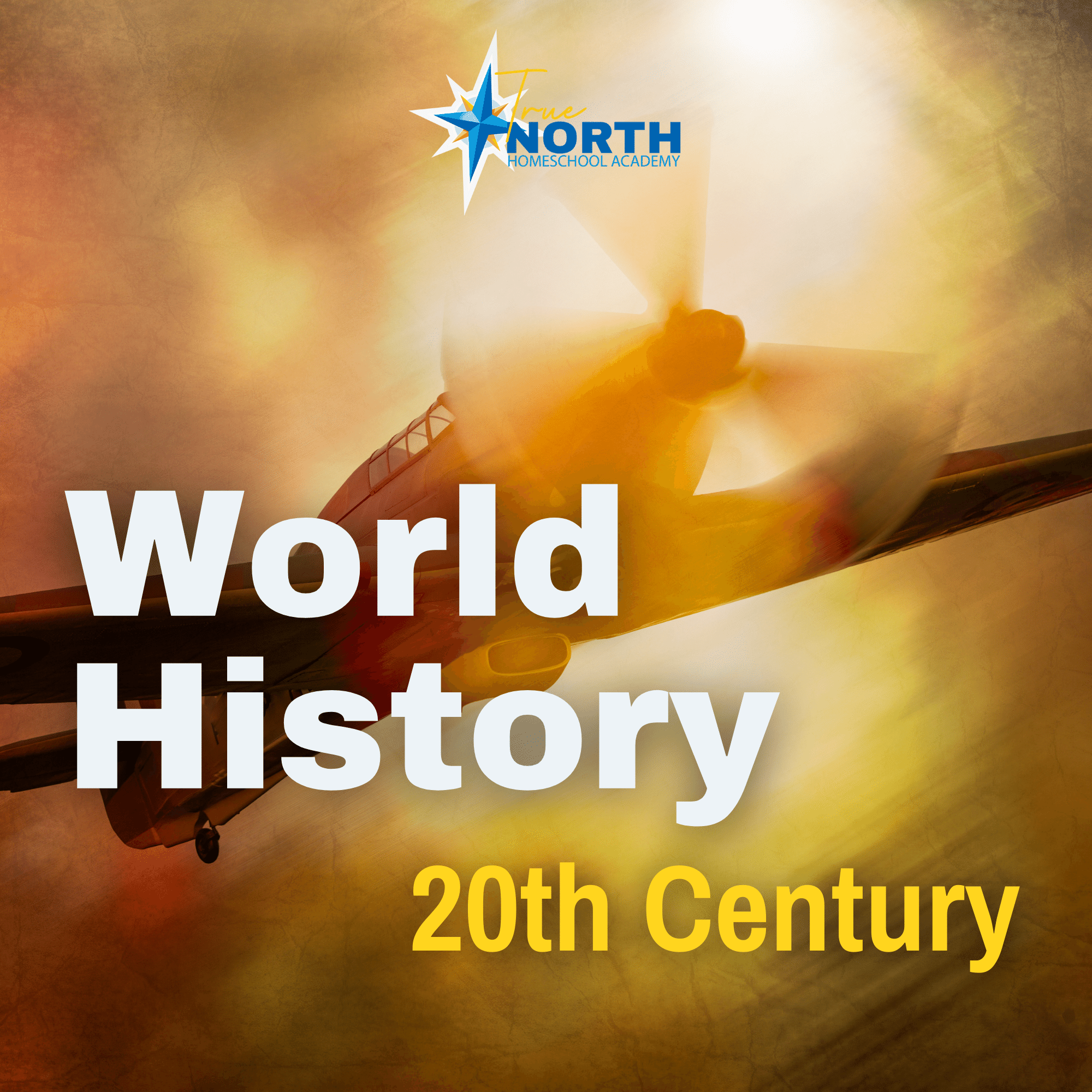